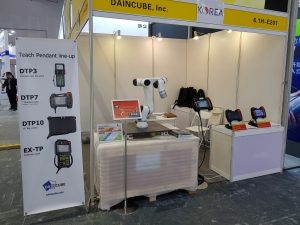 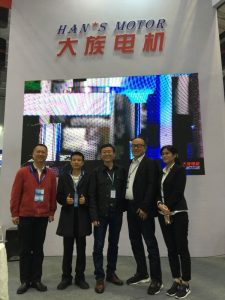 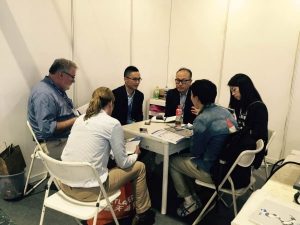 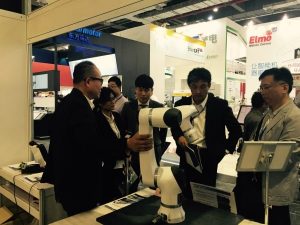 Daincube who is the leading company of robot motion controller and teach pendant exhibited a collaborative robot controller with collaborative functions based on current feedback at a robot controller and direct teaching function in China CIIF (China International Industry Fair), Shanghai 2017 which is the biggest China automation exhibition show, there are 600 companies from 21 conutries participated from 7th to 11th November 2017.

At this exhibition, Daincube successfully exhibited with a wide range of products and platforms and received favorable reviews from Chinese companies and global such as Beckhoff, Kollmorgen, Servotronix, Hansrobot and other companies from all over the world.

[Interview_DAINCUBE] “Robot” The solution of rising labor costs and 3D industries. “We need to support the demand business and expand the specialty department.” Multicube, which specializes in industrial robot motion controllers, recently completed development of integrated control systems by combining motion controllers and robot controllers for equipment. After testing this product until last year, it […]

[2019 RoboWorld]Startup of Regional Center Daincube is a company that specializes in robot controllers. It will showcase products such as DTP10-coreCon and other products at the exhibition. DTP10-coreCon is a combination of Teach Pendant and Robot Controller. The high-performance ARM Cortex-A9 processor comes with a coreCon, a real-time operating system and robot integrated SW. The […]

New products such as multi-cube and 10.1-inch large pendant are released

2019 Smart Factory + Automation World Exhibition During March 27th 2019 to March 29th 2019, Daincube has introduced its products DTP3/7/10 Series(Teach pendant), Robot Motion Controller(coreCon), Safety controller with S-Mark certification , Field-bus gateway in “Smart Factory + Automation World 2019” which was held at COEX in Samseong-dong, Seoul. This exhibition is the only and […]